False teachings include those distinct Christian practices and beliefs that were not endorsed by Jesus. If it’s not in Matthew, Mark, Luke, or John, then it’s not required for our salvation.

46 And why call ye me, Lord, Lord, and do not the things which I say?
47 Whosoever cometh to me, and heareth my sayings, and doeth them, I will shew you to whom he is like:
48 He is like a man which built an house, and digged deep, and laid the foundation on a rock: and when the flood arose, the stream beat vehemently upon that house, and could not shake it: for it was founded upon a rock.
49 But he that heareth, and doeth not, is like a man that without a foundation built an house upon the earth; against which the stream did beat vehemently, and immediately it fell; and the ruin of that house was great. (Luke 6:46-49)

In short, besides fulfilling His role as Savior, Jesus was a teacher who encouraged His people to come out of religion, and gave pointers for productive living, and tips for obtaining treasures in the next life (i.e. heaven). He did not establish a religion, and preached against the rich, the pharisees, and hypocrites.

The following book extracts the Good News that Jesus taught. 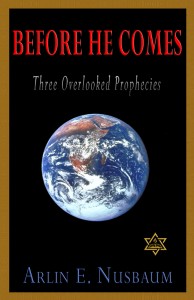